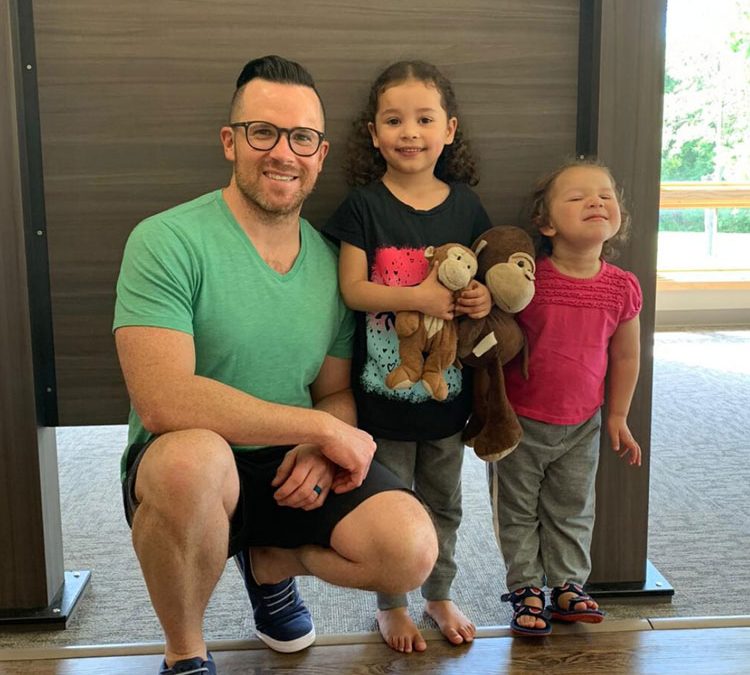 The only reason we found ADIO at all was because I was seeking some insight on how to parent a busy brain. Johanna was so busy, always thinking and always talking, but she struggled to focus for long periods of time which made completing tasks or learning rather hard. As a teacher, I was concerned because I felt like all my best efforts were falling short, simply because she couldn’t settle.

We found ADIO when I responded to what I thought was an invite to learn more about ADHD and hyperactivity in children. I was expecting helpful hints on how to parent the busy brain, but instead we were met with a whole new way of looking at the issues. Dr Eric started talking about the source for a lot of symptoms, rather than just dealing with the symptoms. The scenarios he described of children who had trouble focusing, who couldn’t fall asleep at night for hours, who struggled with constipation, who were so hyper and high energy that they just seemed trapped in this constant racing setting… He could have been talking about Johanna specifically.

Suddenly, I was like “Oh, my goodness! All her struggles actually connect!” My mind was blown away at the idea that there was possibly one simple explanation for what seemed like a mountain of stressful issues. I wanted to cry. I had been dealing with all kinds of mom guilt for not knowing what I was doing wrong, and it was as though someone was reassuring me: “No, it isn’t your parenting style; and yes, there is something we can do.”

I remember struggling to get Johanna to focus or to settle. If any toy or game was slightly strategic she would become so easily overwhelmed and give up on it entirely. People kept saying that it was just her age, but I kept thinking “And if it isn’t? How long do we wait before we address this?” It wasn’t just that she struggled to learn and to try new things, but how she struggled. She would stare at a thing, and you could tell the wheels were turning in her head, then suddenly she would start fidgeting as though the wheels were turning too fast, before finally pushing herself away from it and staring back at it with this sad look on her face. She wanted to figure it out, but the thought process clearly overwhelmed her and made her anxious.

Going to bed was another issue. I remember being so jealous of other parents who described all the things that they could get done after their kids fell asleep each night. For us, by the time we could get her to settle, it would be often hours after we started and there was no time left to do anything.

Dr Eric looked at all the symptoms our daughter was having and instead of giving her a label, he gave her an action plan. The difference was huge for us as parents. Where everyone else was handing us what felt like a pile of struggles that we were just “always gonna have”, ADIO was offering hope. Hope that maybe our child wouldn’t have to be overwhelmed every time she tried to do something… Hope that maybe she would be able to self soothe, or sleep peacefully… Hope that maybe she would be able to potty train without all the tears… Just HOPE.

It was also his approach that was so refreshing. He didn’t try to wave off our concerns to avoid labelling our child too young. He was right there with us seeing the struggles she was dealing with now and wanting as much as we did to do something for her.

Furthermore, the ADIO team is just so friendly and inviting. Dr Eric is always willing to adjust stuffed monkeys too (and Johanna has quite the collection), and Johanna loves coming to see him because he always takes the time to interact with her. Kathryn is also a favorite, and Jo often tells me things she is going to show or tell her. They say imitation is the most sincere form of flattery, well… My girls often now play “chiropractor”.

[We knew chiropractic was working when…] Johanna fell asleep on the ride home after her first adjustment. She was just gone, and slept SO HARD and it was the middle of

the morning! I remember laughing because that was exactly what Dr Eric had said a lot of other kiddos do.

The biggest thing that we saw improvement on first was just her speed. Even some of the family members who thought we were gonna be disappointed, even they noticed that she seemed less anxious, and calmer as she talked to people. Her sentences began to make better sense because she was able to slow down and construct them, not to mention she was listening better so the talking actually led to two-way conversations with her being an active listener. She still talks all the time (I don’t think that’s gonna change), and she still has a busy brain, but she can focus so much better now than before. It is a lot less stressful.

Bedtime was another big thing. Suddenly, she was falling asleep within 15 to 20 minutes instead of taking two hours to do so, and the quality of her sleep was so much more peaceful. Furthermore, the adjustments have helped ease tension in her lower back and on her hips, so she can actually run now without knocking her knees together. Not to mention, we are finally potty training with positive results!

Johanna has become a sponge. She is always watching and listening and storing everything in her brain like a cardfile. We will pass something while driving and she will point it out and tell me a bunch of random facts she knows about it, because her body is less stressed now and she can actually enjoy thoughts and ideas without being overwhelmed. She loves to give her little sister directions and explanations, and sometimes I am in awe of her patience. She is just so much happier now and enjoys interactions with others whereas before she was often overstimulated.

I have come to appreciate some of her busyness as just being her personality, and she certainly has her own way of thinking things through a lot of the time, but it is such an overwhelming sense of relief to see her struggling a lot less and building now on what she has gained. I know ADIO has been a huge gift to us.

If your parent gut is telling you that there is more to your kiddo’s story then give us a call at 608.824.0950 or DM us today to find out more on how we can help YOUR family!

t post. Edit or delete it, then start writing!